While you may know her as the bubbly peacemaker on “Real Housewives of Atlanta,” Tanya Sam‘s resume extends far beyond the lens of any reality television camera. The highly accomplished registered-nurse-turned-tech-investor has a passion for entrepreneurship and now, she’s combining that with her television experience to inspire small business owners everywhere. Tanya is serving as an associate producer  and host for a new docu-series titled, “Making of A Mogul Hosted by Tanya Sam.” We had the chance to catch up with Tanya to discuss the new show and her experience working from the other side of the camera.

MN: I recently started a business so shows like “Making of a Mogul” are right up my alley.

Tanya: Well, first of all, that’s such a compliment. I think that’s exactly why we created the show, so early-stage entrepreneurs and people who are looking to get into business can see a roadmap and other people and representation especially of other Black and people of color who have been successful in business. “Making of a Mogul” is a joy and a gift to even be involved in the production of this series. I am the host of the show and I also served as associate producer, which has been really important to me to be able to have a say and really shape the narrative of the show. I have teamed up with the CEN Media Group for the U.S. iteration and production of this award-winning show. It actually launched across Africa, the UK, and the Caribbean. And so now, we wanted to bring the show to the U.S. and basically, we profile highly successful and accomplished business moguls of color. What’s really fascinating about this is I’ve spent my past ten years working in start-up technology in Atlanta, and now you know we’re branching out to showcase entrepreneurs across all industries and businesses as really the rockstars that they are and as a way to show our community and people of color how we can create generational wealth and build businesses that they’re passionate about.

MN: I love that you mention generational wealth. As a new business owner, it used to be discouraging to see so many other similar businesses popping up. However, my mom always emphasizes the beauty in all of these new Black-owned businesses that are being birthed and the long-term impact that it will have on Black communities.

Tanya: First of all, kudos to your mom, because you know, one of the things I hope the show provides is encouragement for people who don’t have a cheerleader in their corner who can give them that advice. This is what this show provides. Viewers will be able to tap in and hear the messages from other successful people who have built businesses to encourage them to keep going because she’s also giving you the right message that even if you see the business in other places, it should actually serve as encouragement and a roadmap to how you can be successful as opposed to the opposite, which is like ‘Oh, give up, don’t keep going.’

We’re trying to show young people and older people who may want a career change is that you can do it. We’ve combined showing uber-successful entrepreneurs with up-and-coming moguls. We want you to be able to leave after watching these episodes and having learned from these people.

MN: What’s the format of the show? Will each episode profile a different entrepreneur?

Tanya: We shot 22 different entrepreneurs here in Atlanta. Some of them are moguls in the making and some of them were wildly successful. So when we actually looked back collectively across all the entrepreneurs that we featured, they had gross annual revenue of over $500 million.

Mostly, we focus on featuring entrepreneurs, but not just the entrepreneur, we dig into their family lives. You know, we talked to people who work under them, we talked to clients or customers so that you can really see a very detailed depiction of what it means to be successful in this entrepreneur’s life because I think that really does teach how they are from a mind-body perspective and just as a person how they’ve been successful.

MN: Where and when can we watch?

Tanya: We’re in post-production right now. We’re in talks with several different networks. Some of them are streaming platforms and some are traditional networks. I can’t tell you yet where we land but it’s been really exciting being you know especially being an associate producer and being on the other side shopping it around and seeing the excitement of like who wants us. That part has been really fun. 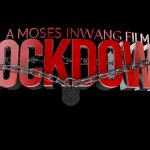 FilmOne to co-produce ‘Lockdown’ with CEM Media and Moses Inwang

‘Single Not Searching’: LisaRaye On Entertaining The African Diaspora In Her Upcoming Film